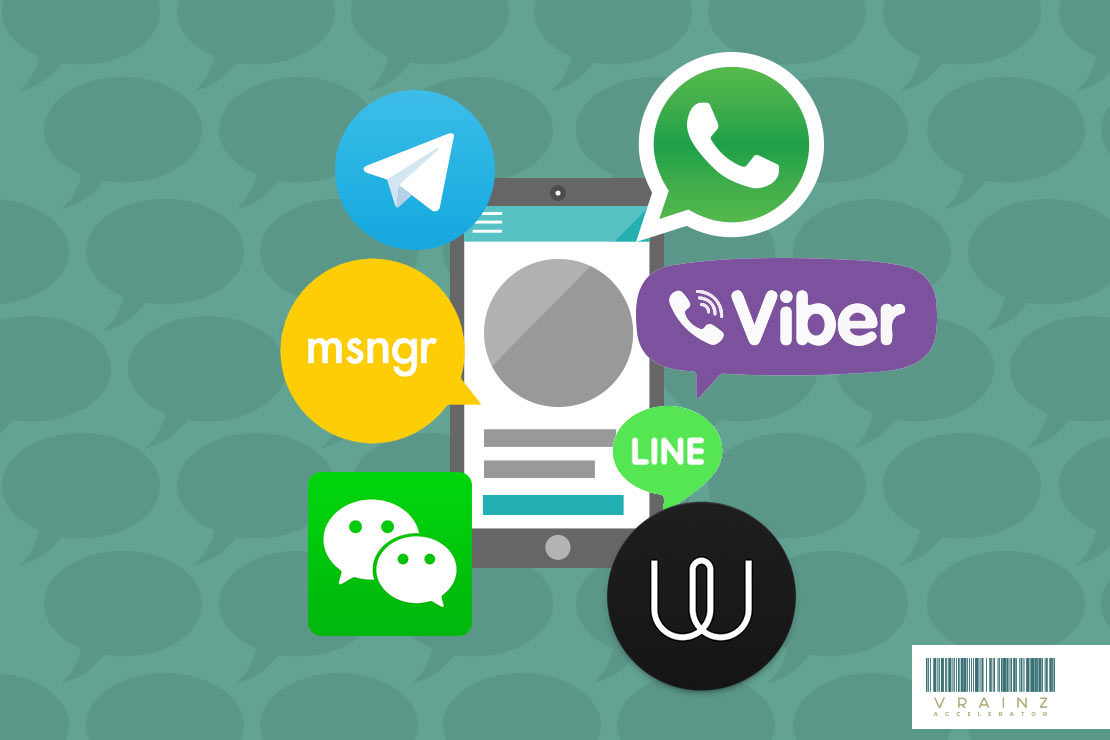 IS IT WISE TO COMPETE IN A HOT MARKET? THE CASE OF MOBILE MESSENGERS.

Is frequent in the it business that the success of a company fires huge amount of copycats, ie similar products or services geared to other markets to other consumer segments, incorporating some extra enhanced functionality, that makes that new application an overcoming version of the original. This sometimes happens because of lack of creativity, but in most cases because a proven business model enables on the one hand, to greatly reduce the time needed to investigate the feasibility of a project and, second, to convince potential investors more easily that it is worth to bet on the idea. At the same time, facilitates the communication of the product in the press, which often escapes from being too innovative or with difficult concepts to explain to your readers. Despite being a relatively common phenomenon, few markets saw a flurry of announcements and releases as massive as one of the newest hot markets in the mobile industry: mobile messengers.

Born over five years, but exacerbated since Facebook bought Whatsapp for 22 billion dollars, the market for messengers has continued to see the birth of new players, of which it is possible to learn through the press, publishing the emergence of a new rival or “murderer of Whatsapp” almost every week. Thus, only in the last year, we met Telegram, a Russian project that offers more security and the guarantee that will never be sold to a mega-corporation; the Chinese WeChat application, which already had more than 300 million users in their home country and began to expand into the Western market; Msngran implementation built with a focus on feature phones ; Wire, a messenger created by the founder of Skype; and lately we found out that Google and Etermax, creator of the popular game “Preguntados”  Argentinian company, are preparing their own mobile messengers. To this we add Viber, Israeli company and the Japanese; Line, probably the only large real Whats App´s competitors, which in October 2014 amounted to 449 million and 560 million users respectively.

However, despite the passing success that achieve some of these new contenders, the company acquired by Mark Zuckerberg is growing at an increasingly rapid pace, having crossed the barrier of 700 million unique users, and becoming a leader in virtually every market, making it increasingly difficult to dethrone the titanic task. In this manner, the question whether it is worth to compete in a market as hot as this one, but so largely dominated by one company, and in which its main competitors already reached gigantic user base.

The answer is yes

The reason why so many big companies invest in the market of mobile messengers, and for which many new startups are encouraged to launch their own products, has to do with several factors. For one, although it is already a mass market, its potential is even greater. In 2014 only 24.5% of all mobile phones worldwide were smartphones, which means that 75% of those with a mobile does not yet have the ability to access many of the services that these devices offer. This situation is even more evident in emerging markets such as Saharan Africa, India, and even regions of Latin America, where although there is already a domination by any of these messengers, it still reaches a small portion of the population, thus there is an opportunity for any new competitor to become a leader without the need of dethroning a previous competitor. This, for example, is what Google suggests in India, where through Android One, a line equipped with its operating system available for under $ 100 phones, plans to take the local market and create a fertile ecosystem to offer their new messenger.

On the other hand, while reaching mass audiences in more developed markets may not be easy, there is potential to target different segments or small niches with its own identity, like the business market (where the BBM continues to lead) or the market of youth and adolescents, where Snapchat became popular.

However, the key reason why it makes sense to invest in this market has to do with which, by their nature, will surely culminate in the consolidation in just one or two companies. This creates a huge opportunity. On the one hand, if a new competitor is able to develop a sufficiently attractive feature and it has the potential to capture users that already use other services can consolidate as one of those competitors. But on the other hand, a new startup that achieves to install in an emerging market, in a certain niche, or resulting annoying enough for the big players, there is no doubt that will become a perfect candidate to receive large investments in order to expand its development, to be acquired by one of the leaders, or one of the Internet giants looking to strengthen its presence in this market.

Despite the enormous skills shown by Whats App, and definitely by Facebook, to grow and accumulate users, a problem that these companies still face can be a key to its future. This has to do with monetization.

Today WhatsApp does not generate money and, in fact, with a turnover of just 15 million during 2014, earned him millions to social network losses. It is still unclear what the plans of Mark Zuckerberg and his team to monetize the application are. For now, it is clear that they put the focus on market leadership, so this is a concern that deferred to the future. However, it is important to note that the incorporation of advertising can generate a low mass of users, so whatever the plan is, should be taken forward with caution.

Some competitors, however, have achieved positive balances in recent years. One of the most emblematic cases is “Line”, which billed $ 335 million in 2013 with the sale of stickers by sponsoring brands and other advertisers.

Competing in a hot market, especially one with so much potential, is risky and requires large investments and creativity. However, the benefits that a good product strategy and growth may entail are so high that it is expected that hundreds of entrepreneurs of all types and sizes will launch to conquer the market.